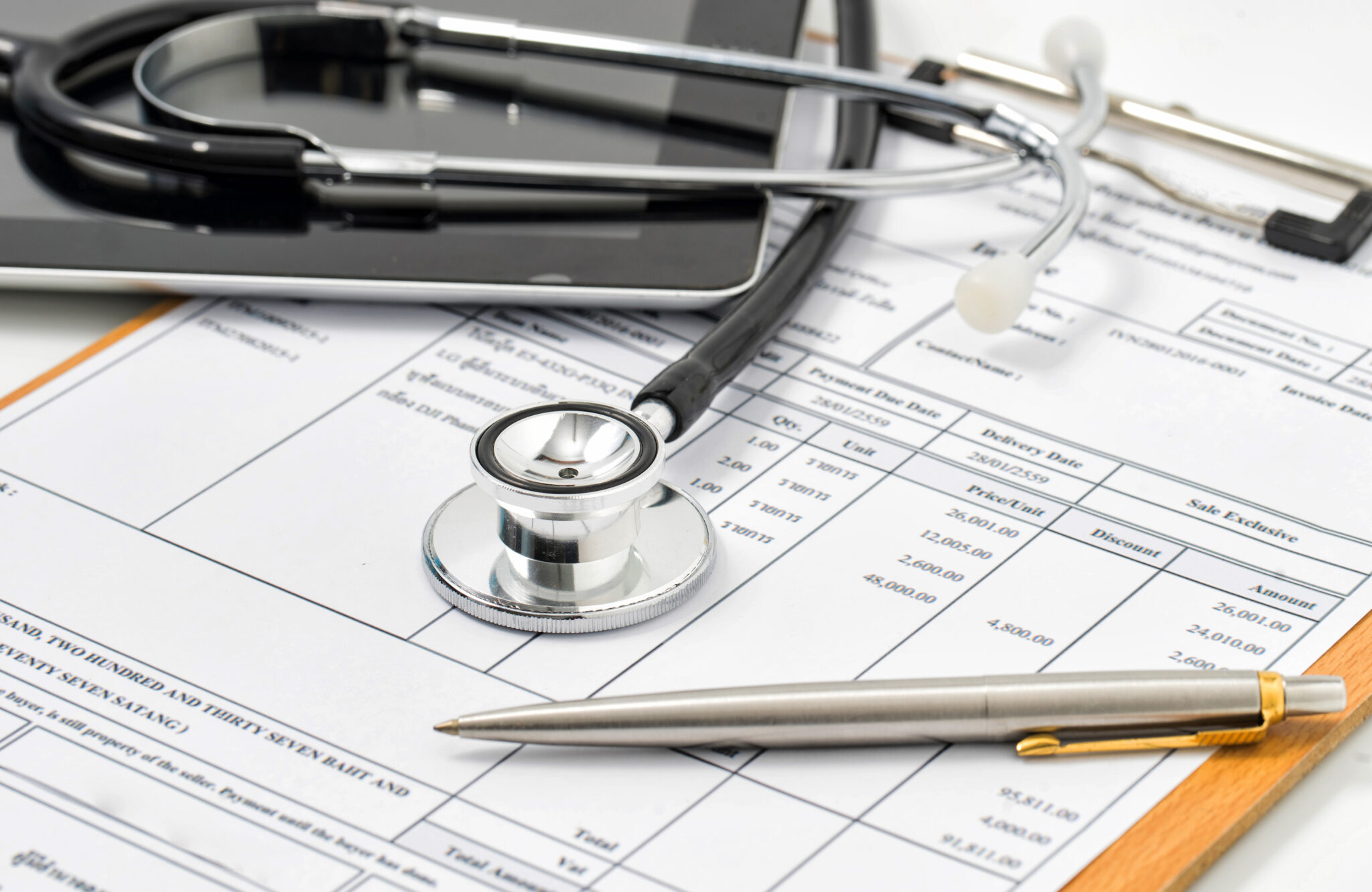 The “open enrollment” window to buy subsidized health care from the federal government opened Nov. 1 and runs through Jan. 15. Here’s the bigger news: A fix of the so-called “family glitch” means thousands more people may now qualify for cheaper insurance – but not know it.

“We’re worried that if people had checked on this program in years past, they (may not have qualified) and now they won’t come back and check again,” said Jeremy Smith, program director for First Choice Services, one of two federally funded programs that help Granite Staters navigate options and enrollment. “So we’re trying to make sure that people know that this is a special year and that they need to come look at it.”

The family glitch fix is one of three significant changes to the federal subsidized health plans. The Inflation Reduction Act extends two others enacted under the American Rescue Plan Act: more generous subsidies and no income limit to apply, meaning people who lost subsidies when their income increased even slightly will instead see subsidies taper off but not disappear.

This year’s open enrollment period is especially important because it coincides with the anticipated end of the federal public health emergency when an expected 90,800 Granite Staters will no longer qualify for Medicaid. Deputy Insurance Commissioner David Bettencourt is urging Granite Staters to check their ongoing eligibility now and sign up for federal health insurance if they will lose Medicaid.

“Anytime there is a rush to the door, it makes for a more difficult situation,” he said. Two months ago, Elias Ashooh found out his organization, Health Market Connect, was the recipient of a million dollars in federal funding to start a new navigator program.

“We had a huge hiring spree,” Ashooh says. So far, he’s hired 10 navigators, scattered across the state to offer in-person and virtual assistance.

Last year’s open enrollment period took place before new subsidies under the American Rescue Plan had been passed, so many Granite Staters may find they now qualify for a lower-cost plan. 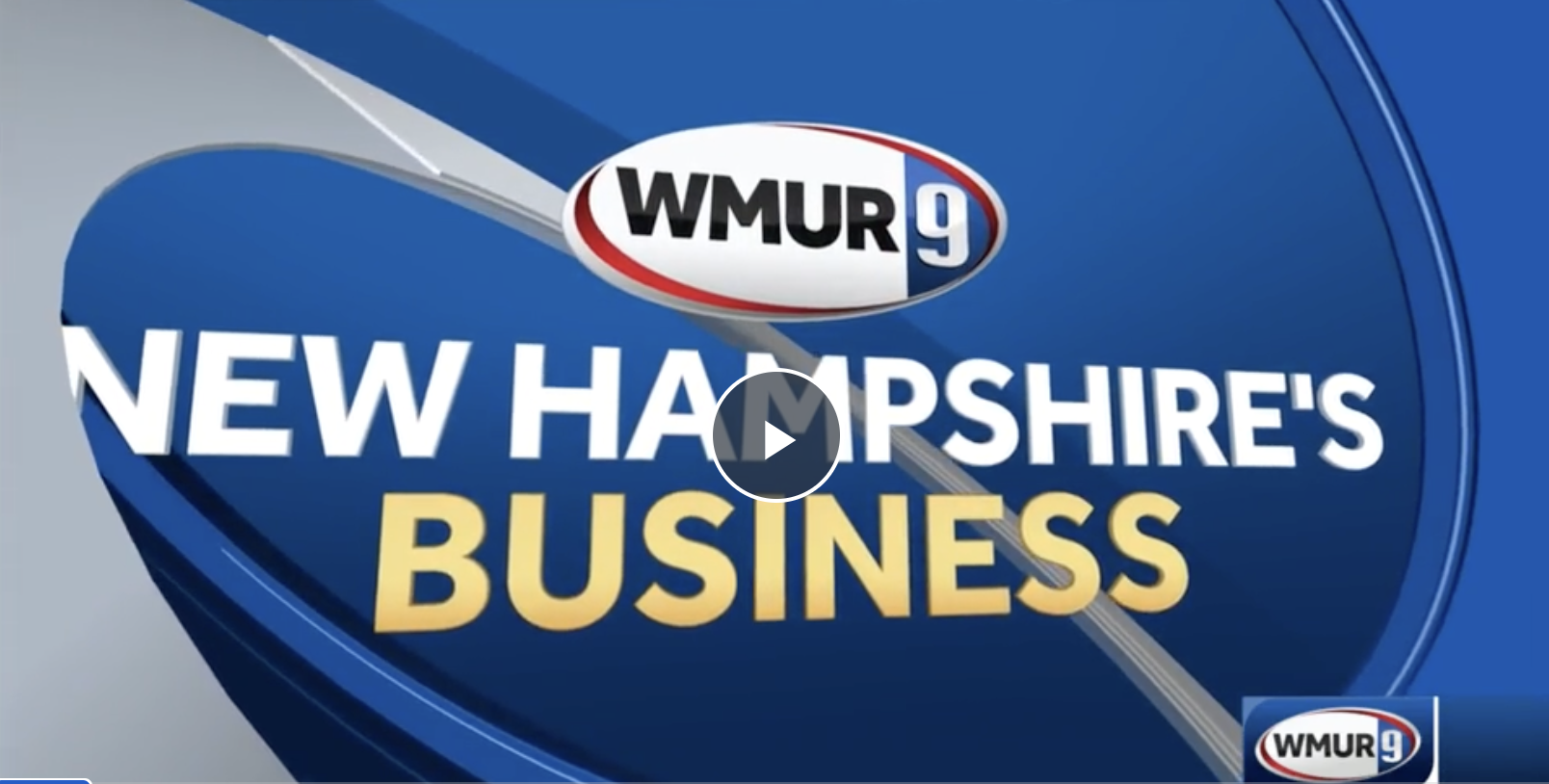 There is a plethora of medical information out there at our disposal, and it can be a bit overwhelming when you try to sift through so much at once. With so many different sources of information available, it has become increasingly important to find credible information that fits your needs, and that you can trust.

On the latest installment of NH Business, host Fred Kocher is joined by Keith Ballingall, president of Health Market Connect, to walk through the best ways Granite Staters can locate and access safe and reliable health care information. 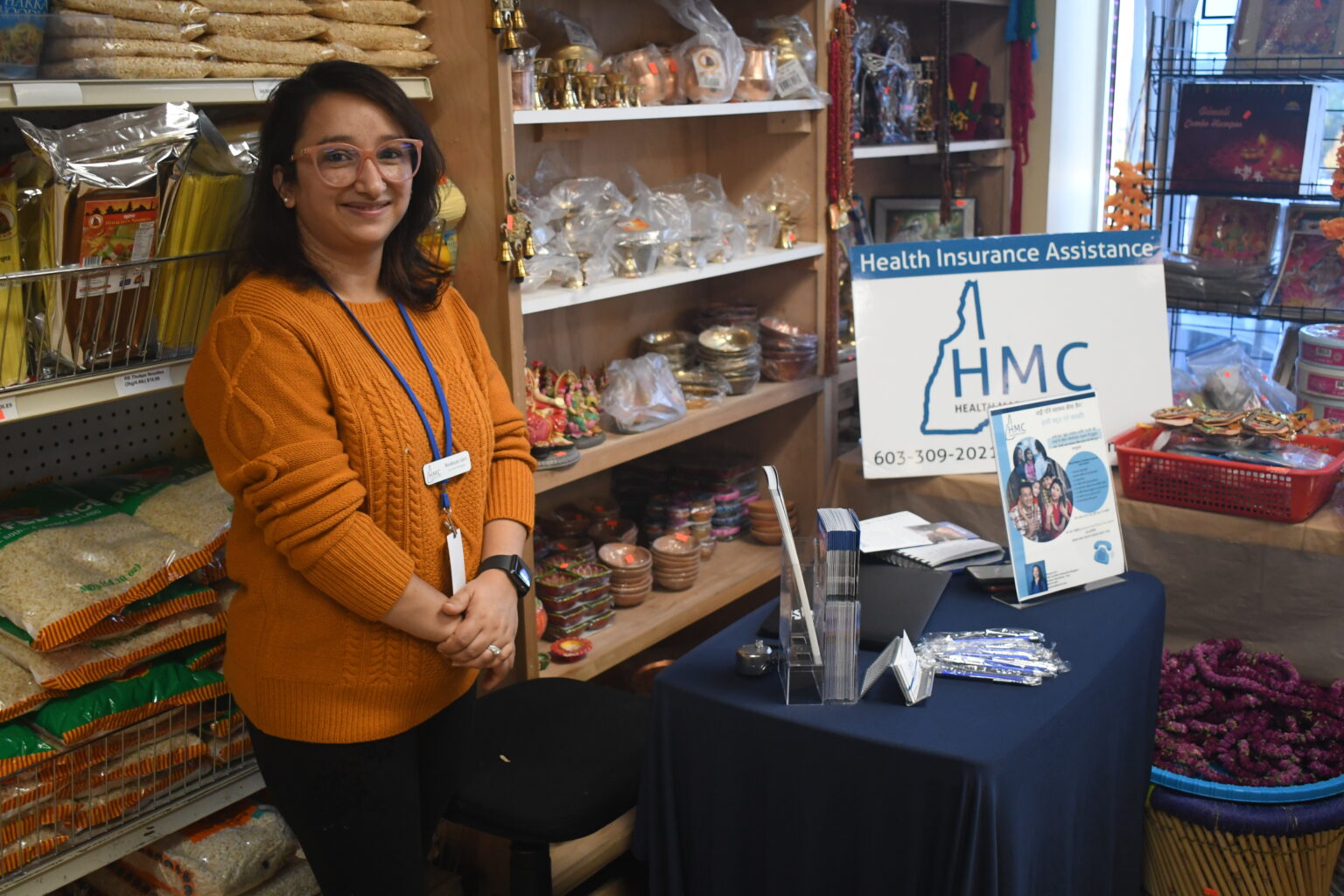 Each Wednesday, Roshani Giri sets up at a table at the front of Himalaya Market on Elm Street. But Giri isn’t just sitting (or standing) next to a table: she’s on a mission.

Giri is one of ten navigators working for Health Market Connect (HMC) NH, an organization that describes itself as running a federally funded program to provide no-cost, unbiased Healthcare Marketplace health insurance assistance to New Hampshire residents. While she will help anyone, Giri’s specific focus is an underserved community when it comes to healthcare coverage: Manchester’s Nepali community. 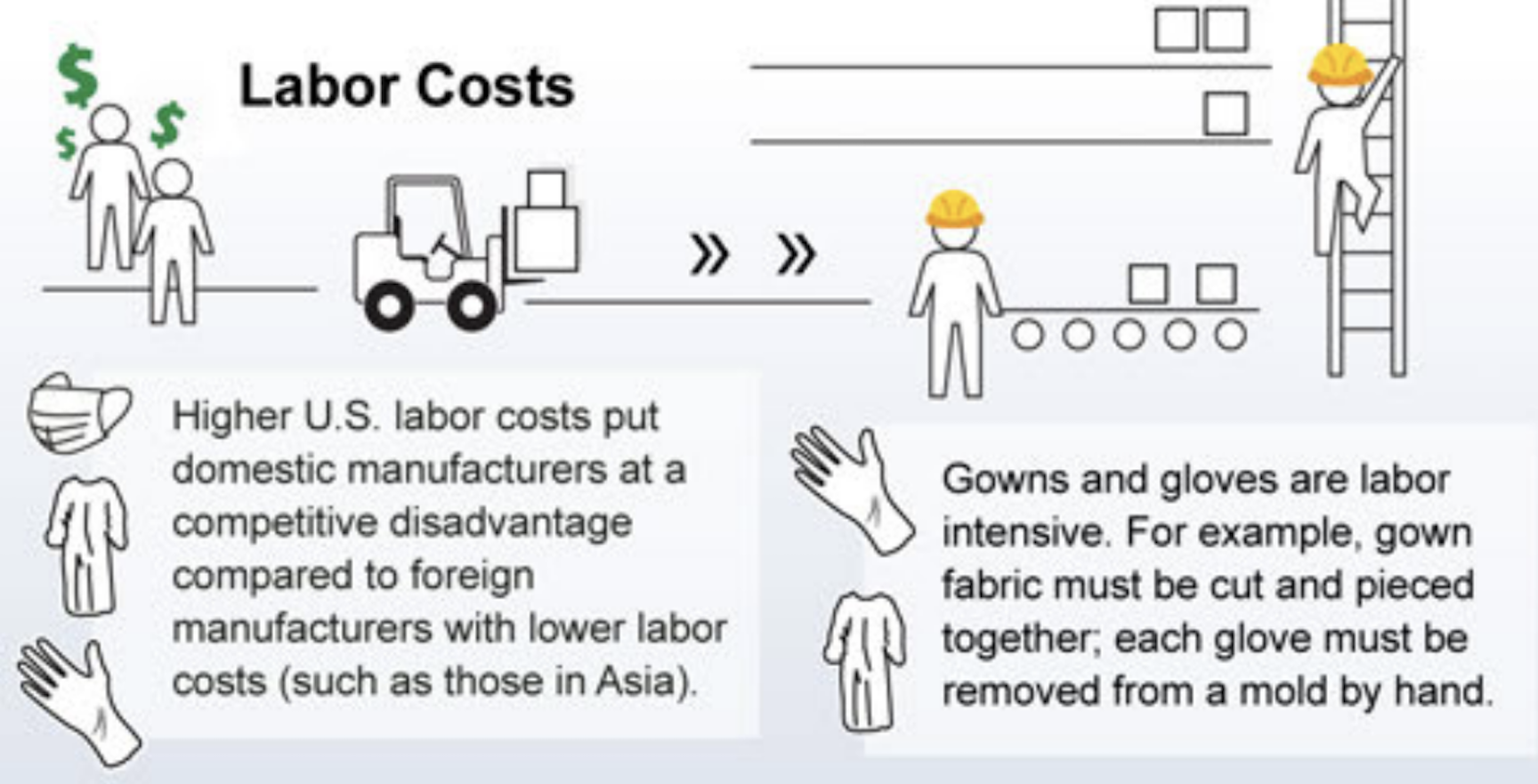 A federal watchdog agency warned last year that American companies that had received $10 billion to quickly expand production of gloves, masks, and gowns would suffer without guarantees their products would be purchased domestically over cheaper imports from Asia.

That warning proved true in Colebrook.

“I’m blessed with the opportunity to represent the United States as a recipient of Defense Production Act funding. But now we have to make it work,” Renehan said. “It takes additional funding, which we expected…in the form of sales. We didn’t get any sales because we are seeing a massive amount of gloves shipped into the USA from Asian factories.”

Renehan said a box of 100 gloves imported from overseas sells for $2, where a box of American-made gloves cost $8 to $10 because labor costs here are higher.

He could have avoided laying off his workers, he said, had the $35 million come with long-term contracts committing the government to buying his gloves.

The Government Accountability Office reported that same concern in a July 2021 report. Manufacturers, trade organizations, and distributors said contracts should be at least three years; some said they should be even longer at 8 to 10 years. 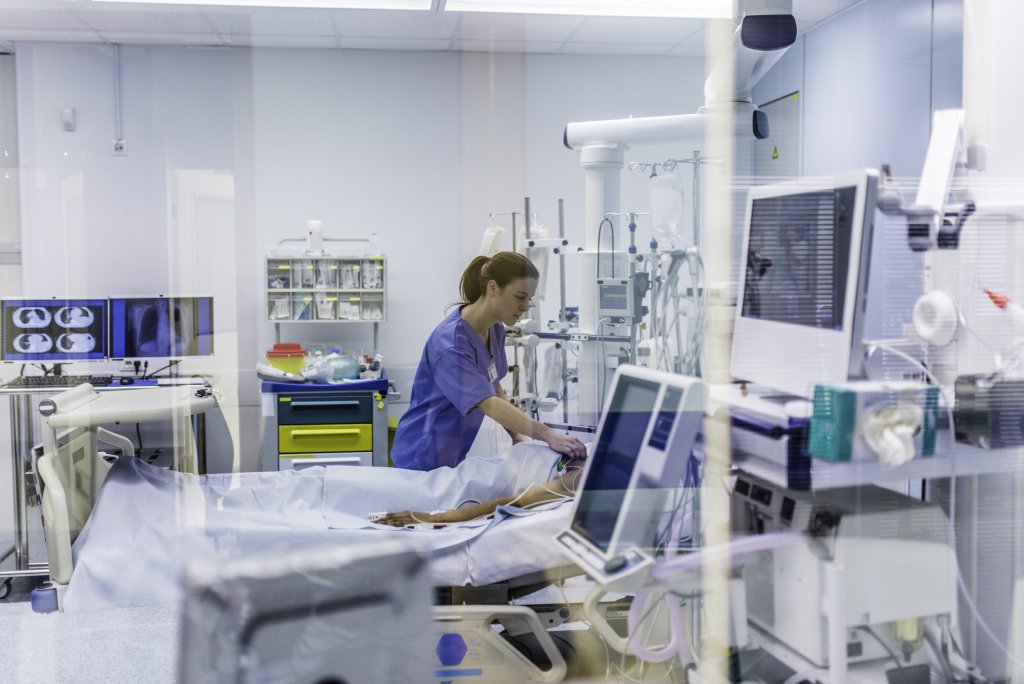 Under Trump administration budget cuts two years ago, the state’s health care navigator program was reduced to one tool for finding uninsured people and getting them insured: a telephone number that’s answered in West Virginia. That’s about to change.

A $1.6 million federal grant headed to New Hampshire will maintain the hotline but will also add 16 navigators across the state. They will partner with local health care and social service agencies to help people navigate enrollment challenges of Medicare, Medicaid, and private plans in the Affordable Care Act’s Health Insurance Marketplace.

“Our whole approach is grassroots, on the ground, reaching people where they are, trying to tackle health insurance complexity,” said Elias Ashooh, project director for the newly created Health Market Connect, which received $1 million of the grant. The company has hired about half of its 13 navigators and plans to begin by Oct. 1. “I just think it’s a win for New Hampshire.” Sara Castonguay, a new mom in Manchester, is usually overwhelmed at the thought of updating her Medicaid enrollment paperwork. She finds the state’s online registration portal hard to navigate. And when she’s tried calling for help, she sometimes ends up stuck on hold — often, she doesn’t have time to wait around for an answer.

“I find that there’s not enough hours in the day,” Castonguay said.

That’s why she was so relieved when, earlier this summer, she got a text from her Medicaid provider about an event offering in-person help with her enrollment paperwork. Hosted after her work hours at an elementary school in her neighborhood, it gave her a chance to speak face-to-face with state health officials and submit all of the documentation needed to keep her coverage.

“It is very helpful to see the community kind of come together with what they offer and to help everybody out,” she said.

During the COVID-19 pandemic, New Hampshire and other states have been required to keep people enrolled in Medicaid throughout the ongoing federal public health emergency — even if they haven’t filed key paperwork or have lost eligibility due to a change in income, for example. It’s not clear when the federal public health emergency will end, but when it does, about 90,000 Granite Staters could risk losing Medicaid access. 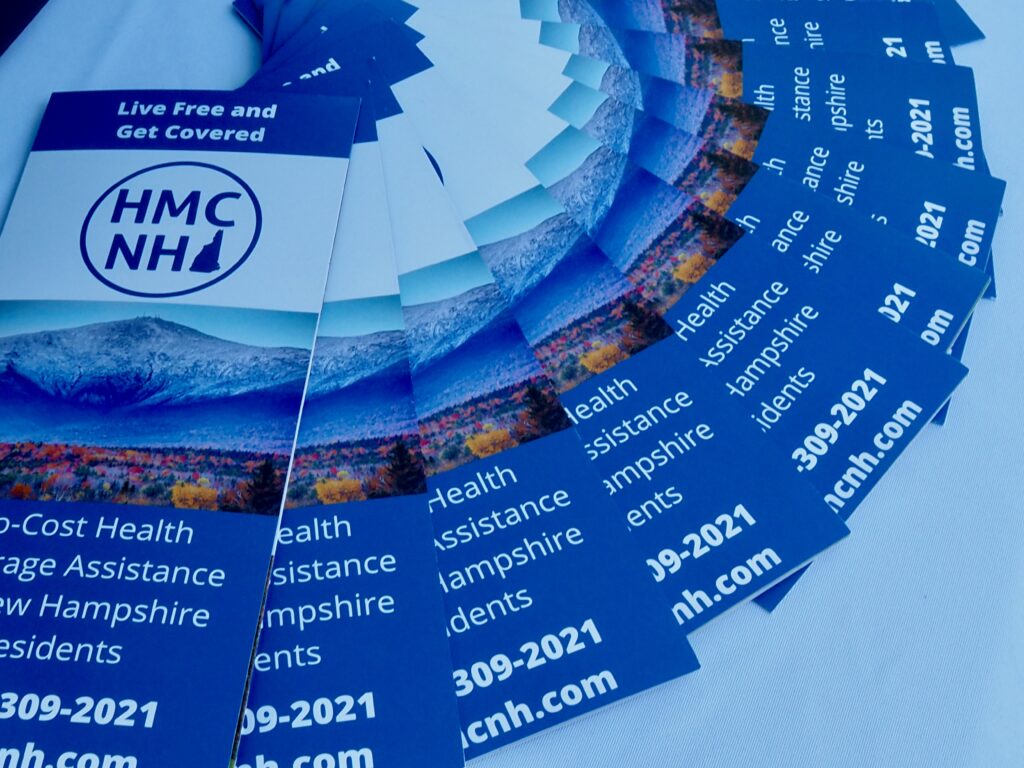 Between treatment costs for her kidney disease and his spinal surgeries, Shiloh and Denis Velez, both disabled and out of work, can’t afford to lose their Medicaid benefits. So, they didn’t tarry when they learned those benefits would cease if they didn’t recertify their eligibility with the state before the federal public health emergency ends.

There are nearly 90,800 other Granite Staters who haven’t done the same and risk finding themselves at a doctor’s office or pharmacy suddenly with no insurance – even when they still qualify for benefits. And that’s despite a massive outreach campaign by the state Department of Health and Human Services and dozens of organizations that work with low-income people.

Shiloh Velez, 47, of Merrimack, is sounding the alarm too, sharing Facebook alerts from NH Healthy Families.

“I don’t want to see people suffer or go without,” she said. “If it doesn’t have to happen, then it shouldn’t. Why suffer?”

Medicaid enrollment surged nationwide when the pandemic and a child care shortage forced people out of work, leaving them in need of financial assistance. In New Hampshire, which has 240,517 Medicaid beneficiaries, standard Medicaid enrollments have increased 20.1 percent, while expanded Medicaid has seen a 73.5 percent increase since March 2020.